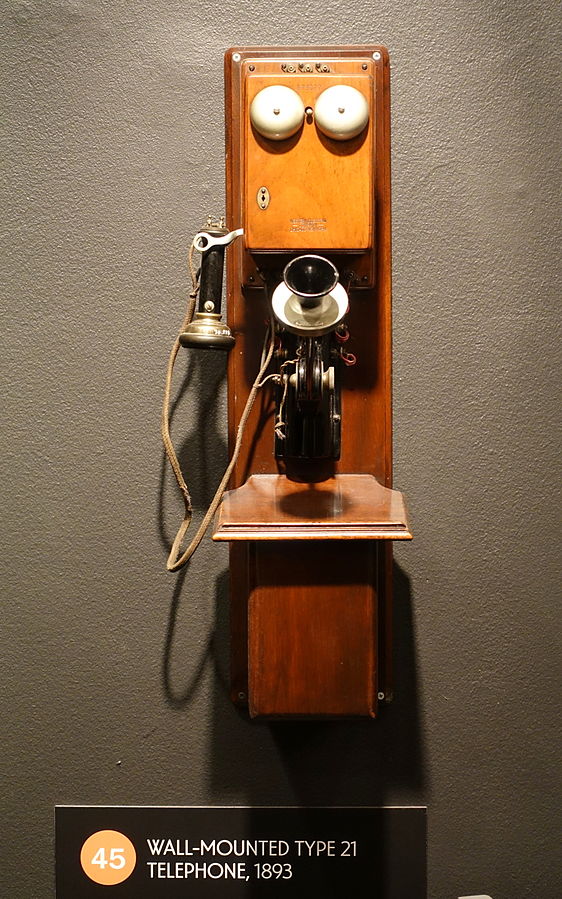 Once upon a time a ring from the wall telephone signified a crisis of some sort if it occurred outside of certain times. We just never thought to call anyone early in the morning, during dinner, or late at night. We stayed outside the boundaries of each other’s private spaces until such time as it was polite to knock. Not that stuff didn’t spill over from time to time – that couple fighting in the courtyard of the apartment complex was hard to ignore. But the boundaries were clear and the spillage said things about the emotional health of the couple that went beyond the obscenities they were shouting at each other.

Something has happened to the boundaries. We’re in each other’s private spaces in a way most of us would have found intolerable a couple of decades ago. Cell phones were involved somehow but it is difficult to say whether they are a cause or a marker.

My first cell phone stayed in my car. It was a foot-long “bag phone” that needed frequent charging from the cigarette lighter plug. I acquired it second-hand but it was expensive to operate and was used only for work. Even the original hand-held phones didn’t intrude much into our personal spaces. That obnoxious businessman at the next table with the original Motorola brick was an aberration.

This changed when the device shrank to it fit in my pocket.  Now cell phones showed up everywhere, like the movie theater, the car in front of you in the traffic jam, and pretty much every public space you can think of, as well as a fair number of formerly private spaces.  Messaging was added and then email.  Then we graduated to having the Internet in the palm of our hands and the relative cost has fallen so much that keeping the old residential telephone is a waste of money. In a post at Rough Type , Nicholas Carr observes that the smartphone is cooking all of our media down into a “singularity.” It is dissolving the boundaries between our music, books, news, and pretty much everything else and condensing it all into one space that fixates our attention in the palm of our hand.

The smartphone seems to be dissolving more than just differentiations between media. Somewhere in its development this little device acquired a very high social pH. Corrosive substances can be extremely useful in the proper place, such as the sulfuric acid in your car battery. But they are a problem on your clothes and hands.

We have spilled the smartphone on our bare skin. It is an extremely useful device, but one which we seem to have no sense of how to use.  It seems to be obliterating the separations between our personal, work, and social spaces. Couples are messaging other people when out at dinner together.  Employers and employees are emailing during non-work hours and days.  Acquaintances are messaging each other at times we used to consider phone calls rude. And a failure to respond causes anxiety in the recipient and sometimes consequences from the sender.