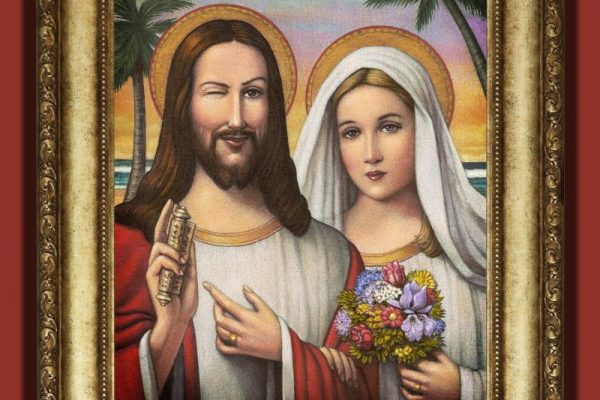 Harvard historian Karen L. King ignited a controversy at a 2012 conference in Rome when she presented a papyrus fragment which appeared to refer to Jesus’ wife.   An article in the July/August 2016 Atlantic details a subsequent investigation into the fragment’s provenance:

“A hotly contested, supposedly ancient manuscript suggests Christ was married. But believing its origin story—a real-life Da Vinci Code, involving a Harvard professor, a onetime Florida pornographer, and an escape from East Germany—requires a big leap of faith.”  Source: Did Jesus Have a Wife? – The Atlantic

An interview with the  Boston Globe  echoed the Atlantic article.  King has acknowledged that material given to her in support of the fragment’s provenance appears to have been fabricated.  And King’s source has denied forging the papyrus or any knowledge regarding its authenticity.

It is possible that the fragment might be an old fraud.   But King clearly believes she has been lied to (see follow up Atlantic column), so this seems unlikely.

The article is quite long but well worth reading.  It lays out the anatomy of what increasingly appears to be an elaborate deception.  In fairness King never ruled out the possibility of fabrication.  But I am not an academic so I really don’t understand why the document was presented publicly in the first place, given the very large blank space where the provenance ought to have been.  The scholarship is summarized by the Harvard Divinity School here.

The most effective deceptions are indirect. The perpetrator presents a fragmentary context buttressed primarily by misdirection and a few strategic lies.  The core falsehood is misstated, as if the con artist doesn’t actually believe it, and is trusting the mark to help sort the matter out.  It helps if the deception fits into something the mark really wants to believe.  Then the mark is allowed to fill the very substantial blanks with whatever facts and opinions may happen to fit.

And even otherwise knowledgeable people get sucked in.