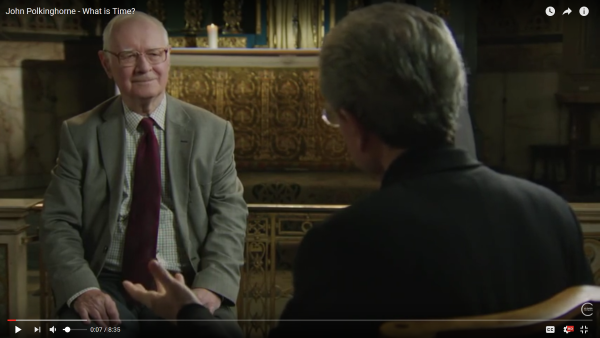 As a follow-up to my somewhat befuddled post on Open Theism here’s a YouTube clip of John C. Polkinghorne discussing the nature of time.

The clip is part of the Closer to Truth PBS series (US, Corporation for Public Broadcasting).  Polkinghorne* is a theoretical physicist and an Anglican priest. He appears to view God’s interaction with time as an act of divine self-limitation, which I touched on as a possibility in the post.

Theologians have been arguing for some centuries over predestination vs free-will. In the modern world this has carried over into the determinism vs free-will debate. It seems to me what one thinks about time impacts directly on which side of the divide on which one lands.