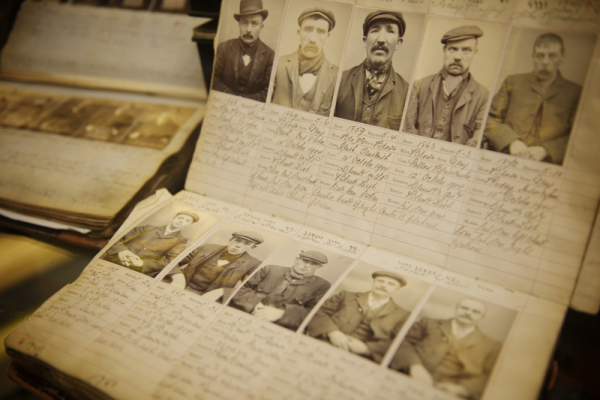 In the course of our recent Netflix binging my wife and I started watching Peaky Blinders.  This is a BBC television series set in post-WWI Birmingham, England, and is centered around the activities of a street gang for which the series is named.  What the gang actually looked like is debated but the name is said to originate in the style of cap and a practice of sewing in razor blades to create an improvised weapon.  It’s an intriguing story and the core conflict in the first season is between the leader of the gang and a police detective who intends to stamp the thing out, by any means necessary.

But as of the fifth episode we are done.  The issue for us was the simulated sex.  I wrote about this last year after reading about interviews with actresses Dakota Johnson (here) and Rosamund Pike (here), following the release of movies referenced in the interviews.

It is one thing to set up or imply an affair and it is possible to argue as a matter of taste about the specifics of how this is depicted.  But the problem with physically simulating the sex itself is that calling it mere acting places the issue in a hair-splitting and artificial frame.  This framing comes from what happens on a film set being a fairly mechanical process; a good bit is about tricks involving camera angles, pillows, and strategic cover-ups that are intended to protect the dignity of the participants*.  Or so the argument goes and some of the production might be merely that.  But two partially (or mostly) naked people making out in direct physical contact IS sex, and artificially isolating the process from actual arousal and coitus doesn’t make it anything else.  We’ve just gotten so used to this over the last several decades that we can no longer see it for what it is.

At some point this contact places the performers inside of boundaries that ought to be crossed only in healthy relationships between consenting adults.  And what I would like to suggest is that the relational wreckage strewn throughout the film business at least in part attests to the results of treating those boundaries like they don’t exist.  At a cultural level we can quibble over what such healthy relationships might actually entail, and no, you can’t draw a straight line between cause and effect.  But the functional context is an industry that simply ignores the matter to turn a profit.  This seems like the textbook definition of exploitation and we’re just blind to that.

So let’s reset the production with appropriate strategic angles and coverings, and make it a stage play.  Oh, and bring a phone with a decent camera.

Can you see it now?