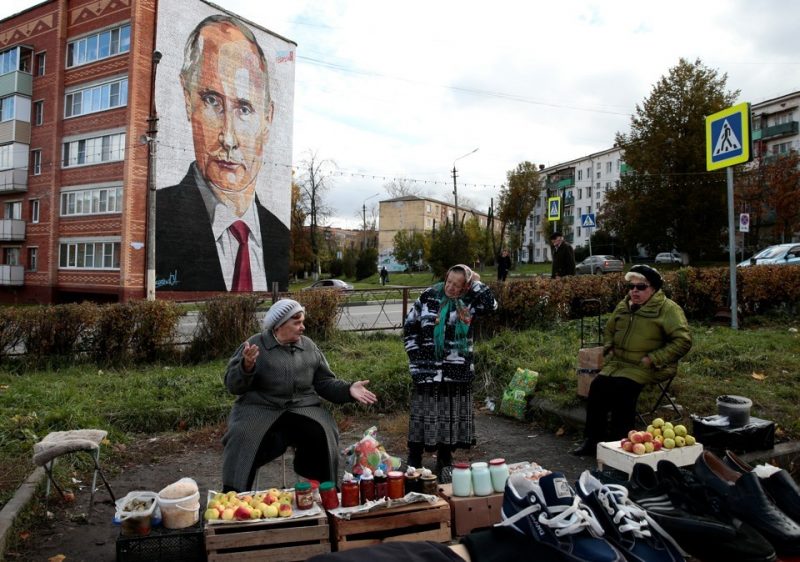 That inflammatory news blurb in your Facebook feed that’s got your dander up?  Or the one some acquaintances are circulating that’s got you thinking they’ve lost their minds?  Hold up a bit.  There’s this recent column in The Atlantic:

“We’ve since learned that Russian trolls organized anti-immigrant rallies in two states, and posed online as Black Lives Matter supporters in one instance and as members of a Muslim American organization in another. They hoped to spark discord among factions of our fellow citizens. So if you’ve ever felt at a loss to understand how some of your neighbors could possibly reach certain conclusions, consider that they could have been targeted by teens in a Macedonian village bent on duping them.”  Source: Don’t Forget to Adjust for Russian Trolls

What is going on here is a good deal more sophisticated most of what is commonly thought of as activity by trolls.  These are full-on disinformation campaigns by a hostile foreign power.  The objective is destabilization, and as such, they don’t appear to be all that picky about the side of the dispute they happen to be stoking.[*]  The content being disseminated is divisive propaganda intended to set Western Europe and the US on fire.

Garden-variety trolls, in contrast, are merely sadistic anti-social misfits who are still single (or ought to be), probably addicted to porn, and are 30+ and have been living with a parent since birth.  They are like that tomato that’s been left on the vine in the greenhouse a bit too long.  A bit squishy to the actual touch.  In another context they might be tormenting a neighbor’s cat.  Or shooting out streetlights.  Or using a drone to peep in your bedroom window.  There is not much difference between the online behavior of this type of troll and some idiot keying cars in a parking lot.

But the effect both types are rather similar.  Fires are being set.  Some with a malevolent, well-considered purpose.  Others because the arsonists are addicted to the chaos they create.  And we react rather to readily to the rumor and hoaxes being served up by both.  And find ourselves at war with each other.

So step back from that incendiary comment thread and take a breath, particularly if you can’t independently verify what is being asserted.

It is best to just move along.  Or better yet, just get off Facebook and go get coffee.

[*] For actual examples check out this post at The Verge:  Here are the Russia-linked Facebook ads released by Congress.

Which of you, by being anxious, can add one moment to his lifespan?  –Matthew 6:27, World English Bible.

But we seem to think we can worry ourselves into more likes on our Facebook pages. There is an experiment that is worth the attempt.  Disconnect from all social media and electronic devices for a full day — leave your phone at home and go somewhere fun.  Does even the thought of doing so make you anxious?  If so, a television segment from the show 60 minutes (CBS News) might explain why.

The piece is titled What is “brain hacking”?  And in it Anderson Cooper profiles how the tech industry appears to be attempting to use neuroscience to manipulate our physiology so we use their products.

Advertisers have been attempting to get in our heads for years.  Most consumer marketing is about image and how our lives will be suddenly fulfilled and have meaning if I buy this or that.  Very little of it is about actual product information.  But Cooper captures something qualitatively different in a quote from Tristan Harris about children, social media and smartphones:

…there’s a narrative that, “Oh, I guess they’re just doing this like we used to gossip on the phone, but what this misses is that your telephone in the 1970s didn’t have a thousand engineers on the other side of the telephone who were redesigning it to work with other telephones and then updating the way your telephone worked every day to be more and more persuasive.[1]

Except it’s not mere persuasion.  Harris described the tech companies’ competition for our attention as a “race to the bottom of the brainstem.”  And as psychologist Larry Rosen pointed out during the segment:

What we find is the typical person checks their phone every 15 minutes or less and half of the time they check their phone there is no alert, no notification. It’s coming from inside their head telling them, “Gee, I haven’t check in Facebook in a while. I haven’t checked on this Twitter feed for a while. I wonder if somebody commented on my Instagram post.” That then generates cortisol and it starts to make you anxious. And eventually your goal is to get rid of that anxiety so you check in.[1]

The tech companies appear to be engineering theirs apps and devices to make us anxious. To turn us into addicts.

The idea that social media feeds stimulate biochemical responses is not new.[2]  But what is quite disturbing is that the tech companies might be deliberately engineering the devices and apps to stimulate addictive responses.  Seems to me we’ve seen this before. In past years the tobacco industry was taken to task for manipulating nicotine levels in cigarettes.  They were described as creating:

…nicotine delivery systems that deliver nicotine in precisely calculated quantities — quantities that are more than sufficient to create and to sustain addiction in the vast majority of individuals who smoke regularly.[3]

I’m not seeing a great deal of difference between the behavior of Apple, Google or Facebook, and that of the tobacco companies.  They are turning smartphone and social media cravings into the 21st century version of the nicotine fit.

[1] Anderson Cooper.  What is “brain hacking”? Tech insiders on why you should care  60 Minutes, CBS News, June 11, 2017.  http://www.cbsnews.com/news/what-is-brain-hacking-tech-insiders-on-why-you-should-care/

[2]  see Eva Ritvo M.D.  Facebook and Your Brain: The inside dope on Facebook  Vitality blog at Psychology Today,  May 24, 2012.  https://www.psychologytoday.com/blog/vitality/201205/facebook-and-your-brain

[3]  David A. Kessler, M.D., Commissioner of Food and Drugs.  Statement on Nicotine-Containing Cigarettes. Testimony before the House Subcommittee on Health and the Environment March 25, 1994 https://www.fda.gov/NewsEvents/Speeches/ucm106558.htm

Politics has taken on a whole new corrosive aspect:

Turning friends into foes on social media is a new kind of political statement.   Source: Donald Trump and Hillary Clinton supporters are unfriending each other on Facebook – MarketWatch

Stuff seems to leak out in our behavior online that says things about us we did not intend.  And Christians need to take a good hard look at their motivations if cutting ties is wrapped up in severing a real relationship.  This latest manifestation of the political climate is not something we should be participating in.

There are valid reasons for severing social media connections, such as avoiding the spillover from someone else’s toxic behavior.  But if politics are at the bottom of this, your primary loyalties may be at issue.  Christian faith at its core is allegiance to risen Jesus.  It seems to me that this extends to how we treat his people — including those whose politics we find detestable.

Jesus gave the world the right to judge the authenticity of our claim to faith by our behavior toward one another.

Which might include how we behave in our political activities on social media.

Here’s an eye-opening article from The Atlantic on the weaponization of social media:

Most of us did not associate Twitter with terrorism until the Islamic State stormed into Mosul. We have given similarly scant thought to what might happen if the wondrous tools of the 21st century are ever paired with the scale and intensity of the conflicts that defined the 20th.  Source: How Twitter Is Changing Modern Warfare – The Atlantic

At least some of the trolls we encounter may not all be maladjusted losers living in their parents’ basements.

People have been debating cosmological and theological points for thousands of years (sometimes violently) but the Internet has introduced something new.  It has made it possible to argue in an extended way without face-to-face interaction, and to do so anonymously.  In the past pamphleteers and book authors sometimes published under pseudonyms because of the personal threat that their work might bring.  The Internet has now made anonymity commonplace.  In so doing it has mostly removed any real consequences for abusive behavior.

We all probably have co-workers, acquaintances, and occasionally relatives (hopefully distant) who appear to lack any apparent sensitivity to other people – they habitually interrupt conversations, respond without listening, and demean people with whom they disagree.  But there are limits to the bad behavior.  I am less likely to insult you if what I say is going to result in social ostracism or in a fist to my nose.

The Internet has removed the threat of the fist.

At the extreme is the full-on internet troll.  A study on trolling recently appeared in Discover Magazine:

A scientific analysis of internet trolls finds that yes, they’re actually sadistic psychopaths:   Why do internet trolls do what they do? Here, scientists used online surveys to learn more about trolling personalities.

The referenced study concluded that, “…cyber-trolling appears to be an Internet manifestation of everyday sadism.”[1]  What struck me when reading the study was a bar graph showing the high correlation to narcissism.  This seems to me to be a necessary precursor, and probably a more significant element.  One would hardly engage in sadistic behavior without it.

The correlation brings to mind a quote from the original preface to The Screwtape Letters.  CS Lewis remarks in it the literary representation of “…the ruthless, sleepless, unsmiling concentration upon self which is the mark of Hell.”[2]

But the fundamental problem with the study’s conclusion is the conspicuous absence of any definition of what “everyday sadism” might be in actual everyday life.  It might be a bit different from what is seen online.  My intuition is that most trolls probably lack the testicular fortitude to actually serve their crap up in person, particularly when the recipient might serve up some real blow-back.  This probably applies to a whole range of misbehavior that falls far short of full-on trolling, which brings us full circle to the discussion of the effect of the lessening of personal consequences.

Of course everyday life might not look like much at all.   There may be far less perceived need for direct social contact when interest groups of similar mind can huddle online.  In everyday life we have far less control over our interactions with people, which can force us to adjust our behavior in order to get along with them.  This is not the case online.  Regardless of who we alienate (consciously or not) we can always find someone else to connect with.  Relationships become completely disposable.

There probably aren’t very many people that start out in troll mode — I suspect we get there by degrees.   It might start as our insistence on the last comment in a heated discussion on a topic about which we have strong opinions.  It slips into derision and name-calling.  We soon cease to think of the correspondent as a person whom we would never have the guts to abuse in public.   Because all we see is a screen persona it is easy to lose track of the actual human being on the other side of the interaction.

I am not a believer in Karma (in any metaphysical sense) but I do think there are ways to enmesh ourselves in Hell on this side of the grave.  The bad behavior eventually comes back at us — fewer and fewer people find anything attractive about our company, either in person or online.  And we are well on our way to that unsmiling concentration on self Lewis was talking about.

You would think behavior in “Christian” social media venues would be better but it is often not.  We simply ignore Jesus’ rather direct comments on derision (Matt 5:22).  And we risk becoming like Ebeneezer Scrooge’s dead business partner, Jacob Marley, who forged link by link the chains that bound him.